Two Octobers ago, I paused on the bank of the Gardner River and wondered just exactly why I would choose to be standing there in a swimsuit in twelve-degree air.

We’d been there before–at least, my husband, two older kids, and I had. At that particular stretch of the Gardner, runoff from a distant thermal feature flows in, creating a pocket of warm water known as Boiling River. People come, year-round, to soak in the warmed, mineral-laden waters. The kids were small and we were just taking a short little hike to check it out. While I enjoyed watching steam rising from the river into the crisp mountain air, I didn’t envy the small group of people the chilly minutes it would take to dry off and don warm clothes. No wonder there were more spectators than soakers.

Over the years, we’ve talked about going back and getting in, but it never happened. Until this year. Our youngest, born a few months after the aforementioned walk to Boiling River, wanted to do this thing she’d been hearing about all her life.

In the days before the proposed soak, I watched the forecast. Even though it was early October and the air would be chilly, the weather looked perfect. Sunny. Dry. Cool but not cold. But weather patterns shift. The predicted highs and lows dropped lower and lower. Eventually, there was snow in the mix and I was less and less certain I wanted to subject myself to stripping to my swimming suit in wintry weather. I wanted to say, “Maybe another time . . . “ But our girl was getting older. There might not be another time. Soaking at Boiling River wasn’t a thing she wanted to do. It was the thing she wanted to do.

And I didn’t want to be the reason she didn’t.

Starting with sleet, the weather made good on the predictions. Before long sleet turned to blinding sheets of slippery snow. When it comes to crisp morning air, mountains, and winter, I’m a fan. But adulthood has left me vulnerable to cold temperatures which—unless I armor myself with layers—seep deep into my bones.

A swimsuit hardly counts as a layer.

When the morning arrived, it was nineteen degrees. I wondered if maybe my daughter would change her mind. She didn’t, so I put on my suit, fleece pants and shirt, and topped it all with a coat, hat, and gloves. By the time we pulled into the parking lot, the temperature had dropped to twelve degrees. 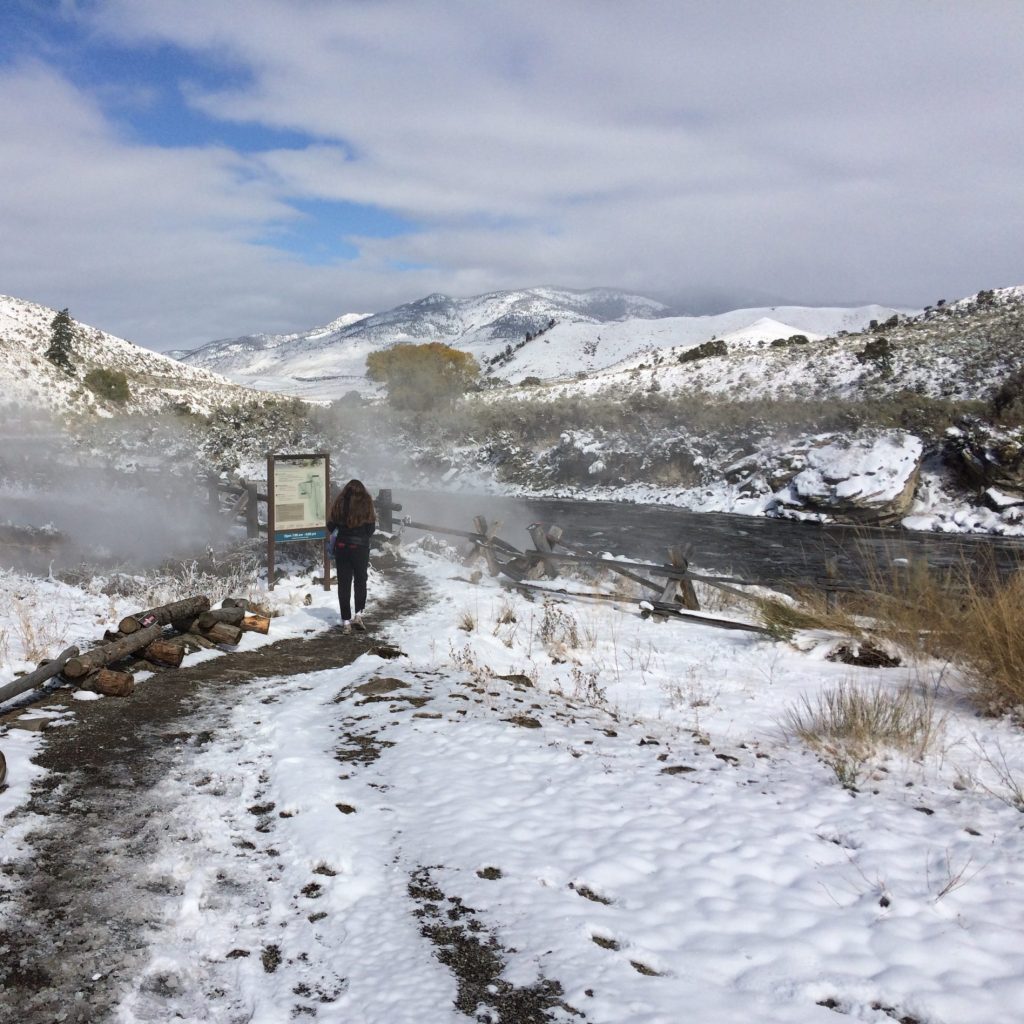 I bolstered my resolve during our short walk. You can do this! We’re making memories! It will be an adventure!

This is how I came to be standing on a riverbank in twelve-degree air wearing nothing but a swimsuit and Keens.

I’m sharing about the soul-building nature of suffering over at Anthem of the Adventurer. You can read it here.