The Real Risk of Rushing 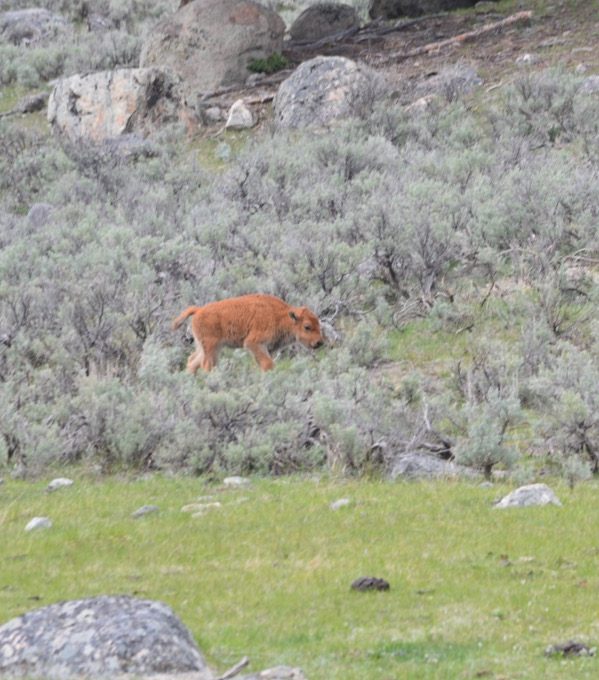 Between the morning’s family-friendly hike around Trout Lake and the afternoon’s challenge trek to Sepulchre’s summit, we traveled through Yellowstone’s Lamar Valley. We knew this place well. At least, we knew it when it wore the colors of fall. But this was May, and it was far less familiar. Gone were the frayed grasses waving in the meadows, the high-pitched bugle of the sparring bull elk, the sleek frames of summer-fed bison. In their place, we found a hundred hues of green, playful marmots along the trail, and red dogs—spring bison babies born to winter-weary mothers.

Our whole family watched for the bison and elk we were certain to see and for the wolves and bears we hoped to spot. When I felt our vehicle decelerate, I searched the landscape for whatever my husband saw that was worth slowing down for.

A bison herd—a mix of cows, juveniles, and red dogs—was sprinkled about the meadow we were passing through. It wasn’t a massive herd. It wasn’t strewn across the road or even crossing in single file. But a couple of vehicles had stopped ahead of us, as well as a few in the oncoming lane, with a wide gap in between. No one had parked. No one had left his vehicle. Everyone was just sitting there.

Eventually, I saw a solitary red dog on the road. He was running—barreling would be more accurate—straight toward the front car in the oncoming lane. We watched, confused and curious. Something didn’t seem quite right. It was then I noticed the rangers. There were two of them, conferring near their National Park Service SUV parked between the snaking lines of stopped cars. Both looked grim.

Something was definitely not right.

When the rangers parted, one charged straight at the red dog and hazed it away from the sedan it was galloping toward. In a move lifted from a rodeo calf-roping contest, the tiny bison pivoted and ran at the vehicle ahead of us. The second ranger chased it off the road toward the herd grazing in the meadow. At this, it turned and sprinted straight at the rangers’ SUV. While one of them attempted to herd the red dog toward its kindred and the safety of the meadow, the other waved us on. In the rearview, I watched the baby bison return to the road, racing wildly toward approaching traffic.

The words willy and nilly came to mind.

I’m sharing more about the real risk of rushing over at Anthem of the Adventurer. You can read it here.