Whether We Perceive It or Not

Cool mountain air drifted in through our open window, carrying high-pitched beeps and deep rumblings that broke into my slumber. I lay in the dark of our tiny room at the back of the lodge and tried to place it. A tractor? A road grater? I recognized that sound. I knew what it wasn’t but not what it was. And then I remembered.

It was a snow groomer.

I recalled seeing one as twilight settled across the mountain the afternoon before, its headlights flickering between the distant trees as it lumbered across the slope like something straight out of a Star Wars movie. But snow groomers aren’t science fiction. They are tools. Machines meant to move and manipulate snow, they transform crusty, slick, worn sections of ski slopes into something smooth, navigable, and safe.

I’d forgotten about them, about how they spend the overnight hours when the skiers are sleeping and the slopes are quiet doing their restorative work: crushing and grinding away the scurf of the day, the icy slopes, the washboard wear, rearranging the snow to create the best possible surface by morning. 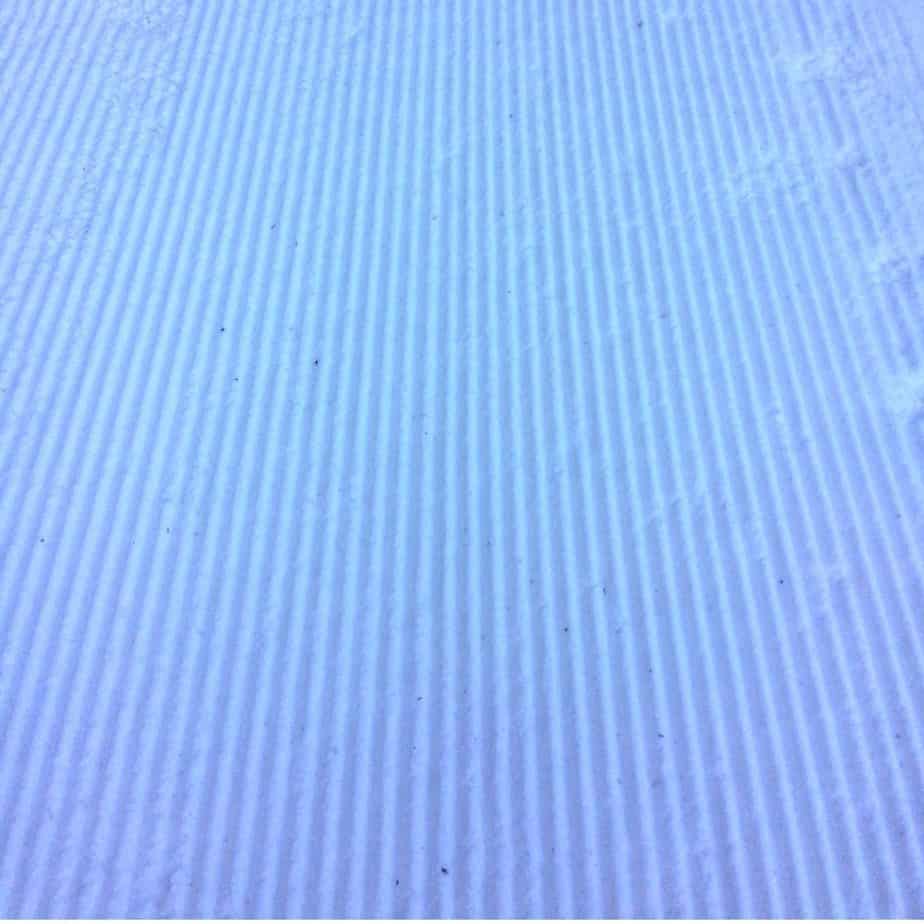 When the sun rose, the groomed surface, aptly named corduroy for its evenly grooved finish, glowed fresh and smooth, inciting us to hurry to get out the door and onto the the slopes. By afternoon, however, every groove was worn away and the snow polished to a slick sheen, transforming what had previously been easy and enjoyable into exhausting, sometimes frightening labor.

We spent only one night in that tiny room on the back side of the building. The next morning I woke early again, this time on the front side of the lodge, lay in the dark, and listened. But there was only silence where the previous morning’s beeps and rumbles had been.

With no fresh snow on the mountain, the sound of the groomer instilled hope for the best possible conditions. Its absence boded the opposite. 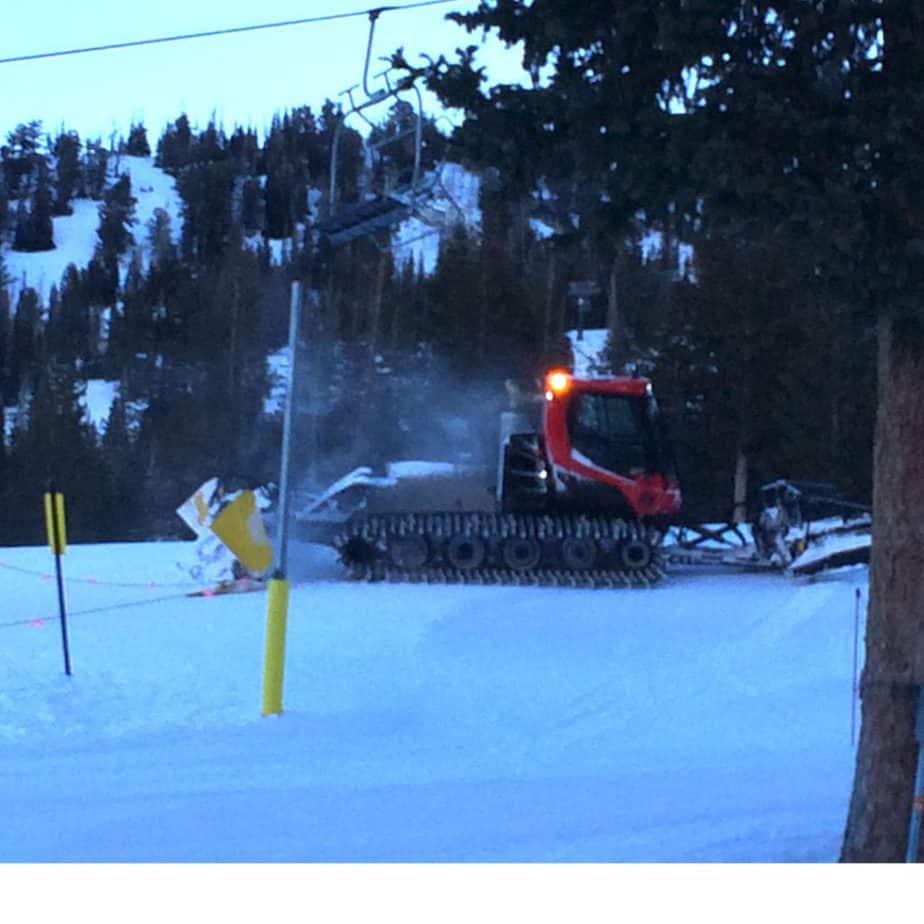 It had been eighteen years since I’d skied this mountain or any other. Memory told me that grooming was an ongoing process. If it was needed, it happened. Maybe, I thought, the weather indicated that it would be a bad idea to groom. Or unnecessary. Maybe snow grooming practices had changed in the last eighteen years. Other things certainly had. Or maybe I just remembered wrong.

As I waited for the sun to rise, I didn’t just wonder about the silence. I worried. A groomed surface made—for me, anyway—the difference between a good day of skiing and a survivable one. I wanted to emerge from the lodge in the morning and find smooth, navigable, safe snow where crusty, slick, worn slopes had been. I wanted to see the mountain transformed.

Eventually, the sun rose and the rest of the family woke. We ate, donned our gear, and climbed the little hill to the path behind the lodge, where I saw a snow groomer trekking across the face of the mountain, returning from its pre-dawn work. The path and every slope I could see was covered in corduroy. 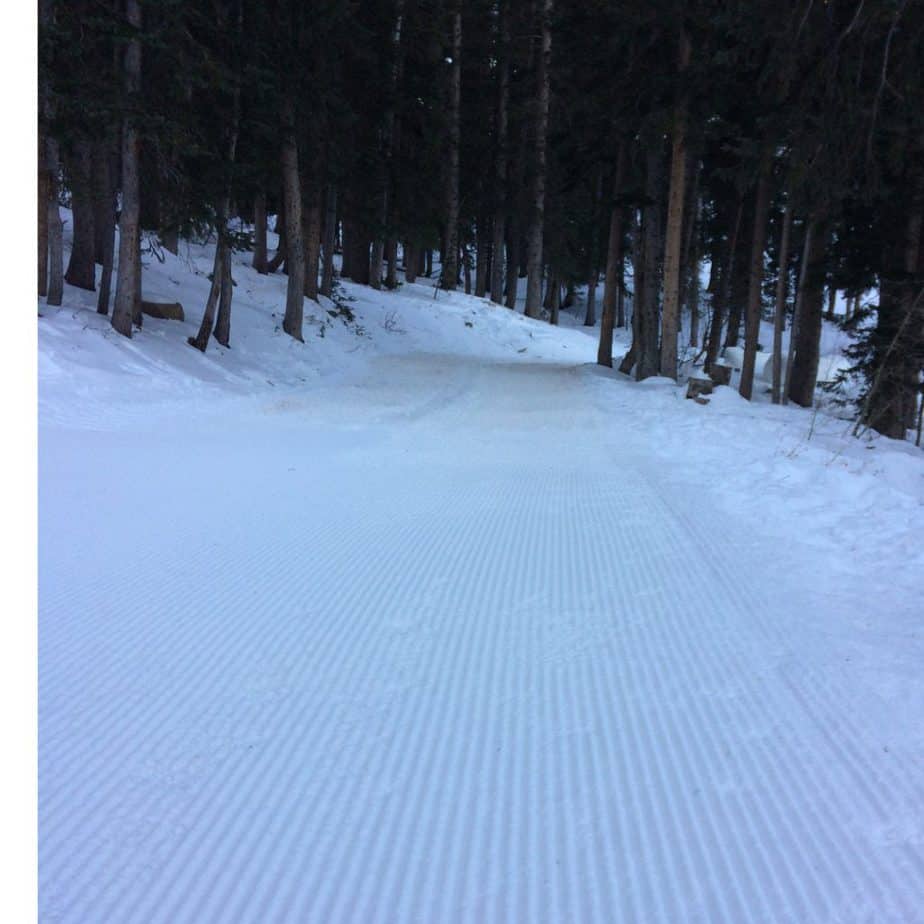 I’d made the mistake of believing that just because I couldn’t hear the work being done it wasn’t happening.

I stood on the freshly worked, inviting snow and saw that I too often do the same thing with my life. When I’m waiting (And aren’t we almost always waiting for something?) I hold tight to an underlying suspicion that if I can’t perceive progress there must not be any. And that just isn’t true, because walking by faith more often involves what we can’t see than what we can.

This is true: Sometimes, maybe even often, the transformative work on our hearts that make us navigable and useable and approachable often comes from the unmistakable, crushing weight of the heavy and the hard.

And this is true: Sometimes it happens silently, in the background, without us even noticing, until we look back and see it. The change is evident, but the work is a process played out in quiet moments of walking by faith, one sometimes-faltering step at a time.

And this is true, as well: God doesn’t act in the nick of time. He acts in His time.

When we pay attention to the path that brought us from where we were to where we are, we find a series of small steps and long stops. We see progress in what felt like paralysis. And we discover purpose in a pace that once seemed painfully slow.

Take heart. There is work being done, whether we perceive it or not.

And you, fellow traveler? Are you waiting and holding onto a perception that nothing is happening? What truth can you speak to yourself to encourage your heart today?