Sometimes It’s Not What We Think It Is 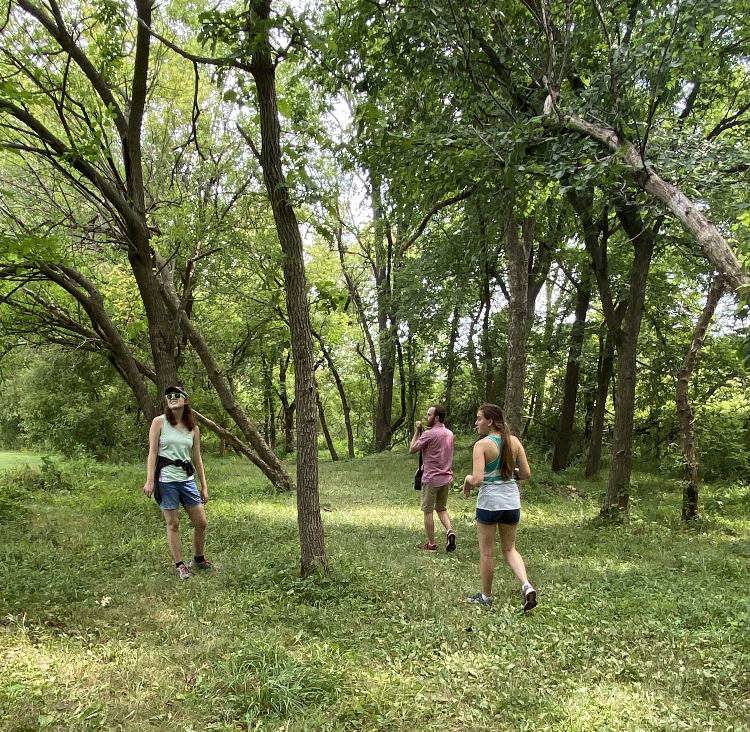 About a year ago, I spent the morning disc golfing with my husband and our kids. This meant I was out with my family (which I love), on a path through the woods (which I also love but not as much), trying to hit a target with what amounts to a heavy frisbee (which I am no good at), looking for things (which I despise). Still, it was in every way but one a lovely morning.

That one way was an actual dark cloud that appeared on the horizon when we were playing the ninth or tenth hole. It looked a little ominous but it was a long way off. We kept playing.

After we finished the seventeenth hole, my oldest daughter looked at the sky and said she thought maybe she’d skip the last one. It featured a weed wasteland and she didn’t want to be stuck searching for a disc when the rain started. I didn’t want to get soaked, either, so I did the same. We sat partway up a short, steep hill between the final basket and the parking lot, watching the rest of the family wade through the weeds looking for an errant disc.

We also had our eyes on the sky.

That dark cloud had been gaining steadily as we played one hole after another and now it was almost upon us. The closer it got, the less it looked like a cloud. Its edges were frayed and disorganized—like the haze that surrounds Pigpen in the Peanuts comic. And, unlike a typical storm, it didn’t seem to be rolling in. Racing would be more accurate. It was as though we were watching it in fast forward.

Standing, my daughter said, “I think we should head to the car.”

“We’re heading to the car,” I called to the rest of the family.

But the wind had hit. My voice was lost.

I ran up the hill. At least, that’s what my brain told my body to do. And my body seemed to be complying. I felt like I was running but I wasn’t making the expected progress.

Is this how aging happens? Like the flipping of a switch? I wondered. I’d felt normal enough before I tried to run up the hill.

When I finally reached the top, I saw that rest of the family had abandoned their game and were running up the hill, too. We straggled in a scattered herd toward the shelter of our SUV. Only I couldn’t seem to hold a straight line. My son had fallen in step with me but I was drifting off course and couldn’t fix it. He could. He just reached out, grabbed my arm, and pulled me back.

What is wrong with me? I wondered.

At the vehicle, he let me go and we each went to our respective doors. When I tried to open mine, nothing–absolutely nothing–happened.

“I think the door’s locked,” I shouted.

Again, my son appeared at my side. After a little time and a lot of effort, he muscled the door open. I felt so weak.

What in the world? Continue reading “Maybe it isn’t your age” at The Perennial Gen.

If you’re the written-processor sort or would like a little structure, you can download the Engage Your Terrain: less autopilot | more life printable PDF here.

May God give you the grace to press on in faith ~ no matter the conditions.