How to Guard Your Heart

A long, long time ago—forty years last month—my parents took my little brother and me to Yellowstone. If you’ve read around here long, you know my life has never been the same. (Thank you, Mom and Dad.) One of the sights I most remember from that first visit is Morning Glory Pool. Even at twelve, I saw the resemblance between the thermal feature and the old-time flower that gave it its name.

Lovely though it was and still remains, the years have not been kind to Morning Glory. More specifically, people have not been kind to Morning Glory—tossing coins and trash and all manner of detritus that doesn’t belong right into the magnificent hot spring. All that debris took up residence along the cone and drifted down into its vent—the source of the water that flows through it. Over time, the pool changed—from the inside out. 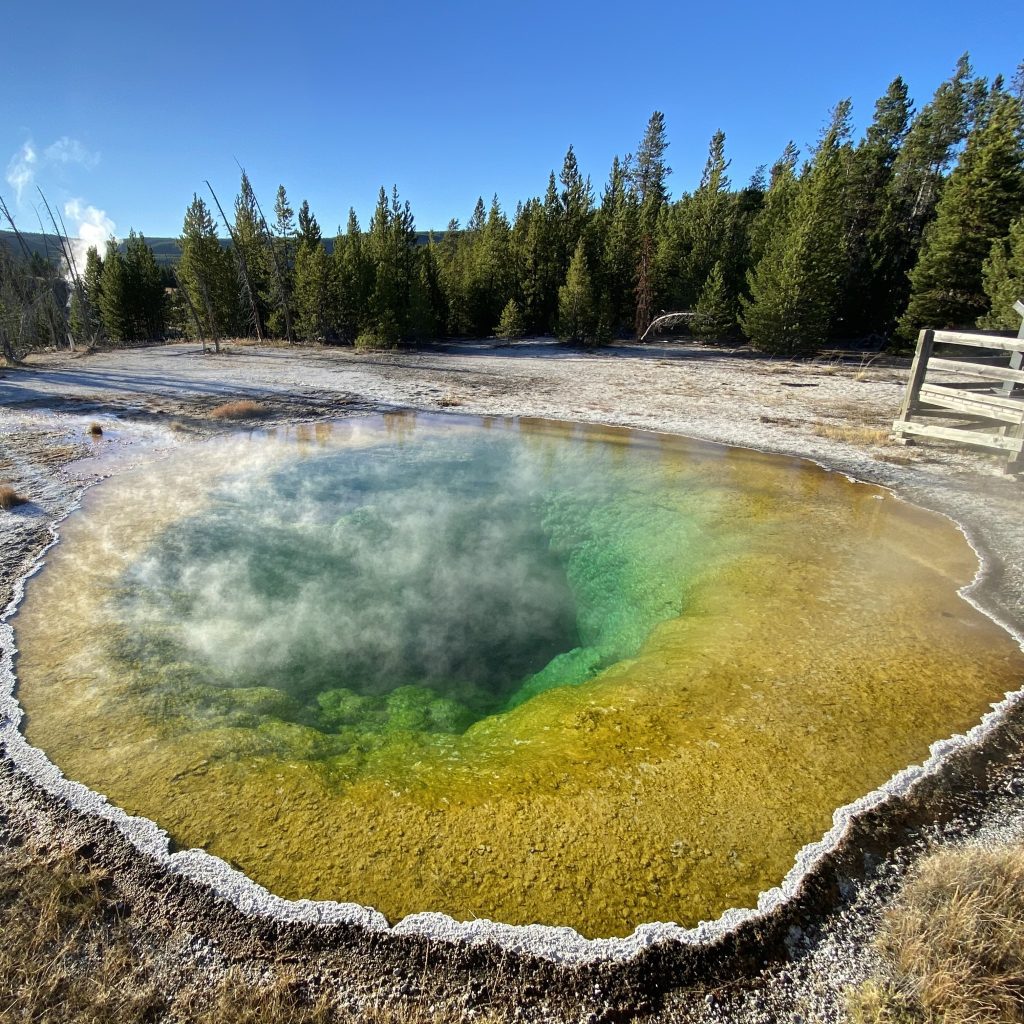 Morning Glory’s external changes are obvious. Its once-vivid blue now carries hints of green and its “petals” are ringed with orange and yellow algae. This might not seem like a big deal. Orange and yellow algae are found throughout Yellowstone’s thermal areas, as are pools that reflect green rather than blue. It’s a big deal because it shows something inside the pool has changed, something beneath the surface.

Isn’t it what’s beneath the surface that matters most?

All the trash that’s collected on the cone and clogged the vent has taken a toll. The water flowing in hasn’t changed but the circulation pattern has. And with that, Morning Glory has cooled. As the temperature has decreased, orange and yellow algae—thermophiles that thrive in specific temperatures of water—moved in and made a home around its rim. While still lovely, it’s altered. Unnecessarily so.

Guard your heart because everything you do flows from it, Proverbs tells us. Good counsel. Still, it’s always felt a little obscure—heavy on poetry and light on practicality.

Morning Glory’s history helps me find the practical in the poetry. Because now, when I stand on its boardwalk, I see a reflection of the human heart. Both are natural wonders, purposeful parts of creation—deep and mysterious, delicate and strong. Both have been subjected to all manner of junk. Neither was created to collect trash.

Back in the 1970s, the National Park Service took on the task of cleaning the debris out of Morning Glory Pool. It’s hard to imagine the difficulties of extracting refuse from a thermal feature. While they succeeded at excavating a lot of trash, sediment had cemented much of it to the cone. (See photo here.)

We’ve all been hit with some of the stuff being tossed around—trash talk and weaponized truth and all manner of things in between. We may have even launched some ourselves. Some of it’s attached itself to our hearts–cooling what once was warm and allowing things that don’t belong to take root and grow.

Whether we see it or not, we feel the effects.

Guard your heart, Proverbs tells us. From it flow the springs of life—everything you do. Proverbs 4:23 NIV/ESV It says this not because it’s poetic but because it’s necessary. It’s practical. It’s something only we can do. While there is no list of easy steps, there are steps we can take.

Resist the temptation to just give up, to tell yourself that it—whatever it is—doesn’t matter. Resist the pull to go into battle. Resist the urge to withdraw and take on today’s tough terrain alone.

Life, especially life with people, is hard right now. Each of us faces challenging (not to mention unfamiliar) terrain that the rest of us can’t see. Walking well in company with others takes its own brand of kindness, patience, gentleness, and self-control.

Identify the trash. Clear the vent. Clean the walls. Cultivate an awareness of the condition of your heart as well as the atmosphere it’s exposed to.

Unless we’re okay with collected debris slowly cementing itself into place, we need to deal with it. It won’t go away on its own.

Together, resistance, monitoring, and maintenance foster an environment where the right things grow. They call on our awareness. They call for grace. Beyond that, they call us to forgive and let go—over and over again.

What one thing can you do to guard your heart today?

I often share these tales from the trail at Inspire Me Monday, #TellHisStory, Faith on Fire, and Let’s Have Coffee.