Our Seasons Aren’t As Simple as They Seem 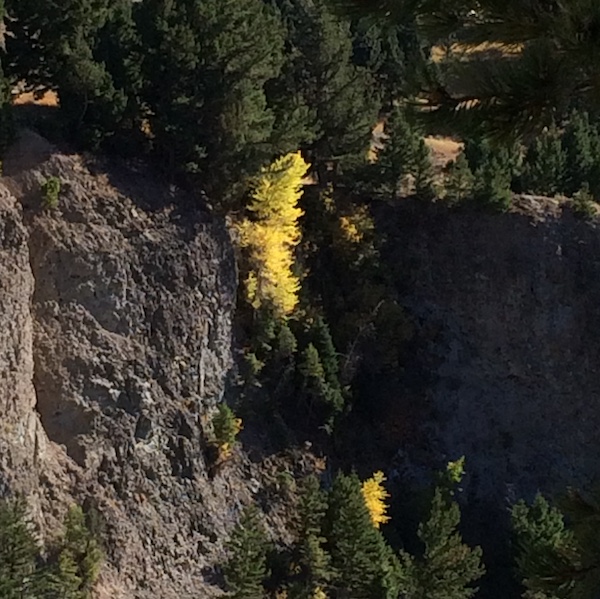 Summer’s green is wearing thin. Before long, it will give way to the colors of autumn.
Between the arrival of unrelenting heat and a steady green march across the lawn, some years it seems we go straight from winter to summer without stopping for spring. This doesn’t happen with autumn. Thanks to the turning of the leaves when summer fades to fall, the transition is impossible to miss. (At least, it’s impossible to miss here in the Midwest.)
When I was young, I thought that the leaves were green and something happened that changed them to a different color. Turns out, like much of what I thought I knew when I was younger, it’s kind of like that—but not really. During the spring and summer, the chlorophyll that colors the leaves green is constantly replenished by an interchange between sun and tree. As fall ushers in shorter days, a weak spot forms between the branch and leaf. This weak spot (called the abscission layer) blocks further exchange between the leaf and the tree. So ends the chlorophyll replenishment. Before long, the leaves being to lose their green, revealing the color underneath. This is a non-scientific explanation of how it works.
Even so, it doesn’t always look the same.
Some autumns, the trees wear a regal array of gold, russet, and scarlet. Others, they cloak themselves in the matronly hues of serviceable cloth. Which one it will be isn’t random.
Vibrant displays proceed from a summer of plentiful rain followed by autumn characterized by dry, sunny days and cool, frost-free nights. When low temperatures arrive after the abscission layer develops, chlorophyll loss happens fast, which ushers in fall’s orange and yellow early. Sunny days mixed with chilly nights serve to enhance the less common reds and purples. Weather like this gives us the autumn show we want to see. But if the growing season has been dry, the trees shed their leaves early—falling to the ground before they’ve been given a chance to lose their chlorophyll mask. Still green, they may drift to the ground before decreasing daylight has revealed the color underneath.
That vibrant autumn we look forward to? What it will actually look like is dependent on the season that came before.
Sometimes, during a stretch of difficult days, one particular friend will say to me, or sometimes I’ll say to her, “It’s a season.” Maybe you and your friends do that, too. I hope so because it’s a hopeful perspective based on the rhythms brought into being in the beginning.
But what we often forget in the framing of our lives in seasons is how they meld into one another, how one begins before the last one is really finished, how they’re colored by the one that came before. And the stuff of the previous season is almost always a mixed bag. Highs and lows, peaks and valleys, gains and losses—whatever we call them, when we take a minute to assess what we’ve walked through, the landscape contains them both.
Maybe it’s been dry. Maybe it’s been dark. Maybe the waters have been deep. Difficulties with sleep, health, finances, relationships, and work all create their own weather. And while we’d probably all like to just put it behind us, it’s important to acknowledge the burden of the collective cloud cover we lived under for far too long.
Sometimes the weight of previous seasons lingers longer than we’d like. While I take hope in God’s creation of the cycle of the seasons and I believe that there is a time for everything under heaven, I know that sometimes we need a little help laying aside the weight of what we’ve been walking through. That might be as simple as an honest assessment of where you are, what you’re walking through, and what you need to lay down. It might be a conversation with a trusted friend. Or it might be a little time with a counselor skilled in strengthening weary souls.
Can I encourage you to pause for a moment to consider how previous seasons may be weighing you down in the current one? If you need to lay some of that down, consider what next step you can take to navigate that.
Happy Trails ~ Natalie
(This post is based on–and contains elements of–one I published back in 2014.)