Walking When You’d Rather Wait

A couple of Mays ago, our family was in Yellowstone, standing in line at the Visitor Education Center at Mammoth Hot Springs, waiting to find out if a trail was open. Because the wait was long, we ended up eavesdropping as a ranger recommended the Sepulcher Mountain Trail to the older couple in front of us.  My husband and son were looking for a hike to take, one for just the two of them and, in terms of destination, location, difficulty, and length, it was just what they had in mind. When our turn came, my husband asked the ranger a few more questions. Then we headed out of the building and into the park.

Of course, my husband and son didn’t get right on the trail. We had a couple of little things we wanted to do as a family and then they had to gather their gear. The little things look longer than we intended so they got on the trail later than they’d planned. They set off at three in the afternoon for a six-hour hike with a nine o’clock sunset at their backs.

After dropping them off at the trailhead, the girls and I went back to our hotel where I noticed a display featuring area hikes. The Sepulcher Mountain Trail was listed among them. I read the details, including an admonition for hikers taking this particular trail to make sure they had a good topographical map. 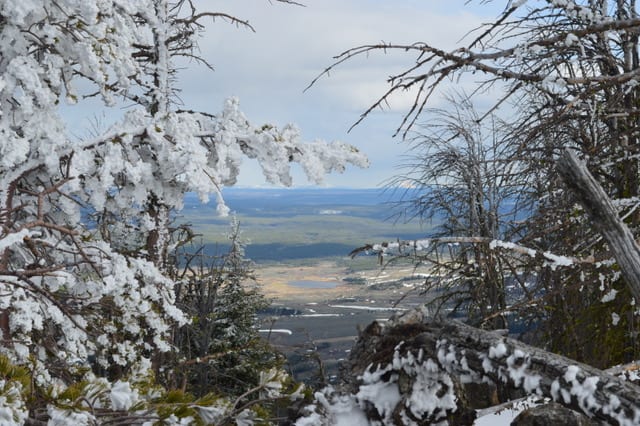 The ranger hadn’t mentioned that. In fact, the only warning she’d given at all came at the very end of her conversation with the couple ahead of us. “You might,” she had said, “run into a little snow.”

My husband and son had taken all the usual supplies for their hike. They had food. They had water. They had winter gear. But they didn’t have a topographical map. And they weren’t necessarily prepared to spend the night should they become lost. At nearly seven thousand feet, winter is slow to release its grip on the landscape. Mountains amplify everything—including the cold.

Though I easily succumb to the temptation to worry, I put off the sense of impending doom threatening to settle over me and set my mind on the truth. God could better care for my husband and son than my worry—or a map—ever could. The girls and I spent the afternoon exploring the hot springs and the evening listening to Randy Ingersoll play the piano in the hotel Map Room.

Not until the six-hour mark did I become uneasy. As darkness descended and six hours dragged into seven, my glances between our place in the corner of the Map Room and the hotel door became more and more frequent.

They arrived when I wasn’t looking, collapsing on the dark green couches where the girls and I had parked on for the evening. Worn, weary, and more than a little wild-looking, they began to peel their wet socks from their blistered feet and unfold their story over a late-night pizza.

The south face of the mountain had been fine—clear, dry, and easy to navigate. The view had been worth the climb and they’d made good time. It was on the return trip that things got rough. Unlike the south side, the north face was not dry. It was there where they had run into the snow the ranger had mentioned. Only it wasn’t “a little” snow. It was a mountainside of trail-obscuring six-foot drifts.

I didn’t interrupt their story to say so, but—if I had been in their place—I would have sat down and cried.

But that’s not what they did. They knew both the trail and the road were downhill from where they stood, so they just headed downhill, knowing that if they didn’t intersect with the trail, they would end up at the road that would bring them back. Returning by the road would take longer, but it beat spending the night in the woods. They walked down the face of the mountain until the snow cleared enough for them to pick up the path—at least until it disappeared again and they had to turn downhill once more.

They finished their pizza and their story and slipped into silence. As we walked to our room, I thought about spring trails and unexpected snow. It isn’t only in the wilderness where the trail can disappear. It happens in the landscape of our lives. Busyness. Distracted living. Unwelcome circumstances. They all obscure the path. Add in the inevitable dark night of the soul, and we will—at some point—find ourselves in the wilderness, searching for the way home.

The temptation to sit down and cry, or maybe just sit down and wait for absolute clarity, is strong. But sometimes that’s not possible. Or right. Or even safe.

Sometimes, we just need to keep moving ahead, listening for that still, small voice, taking that next tiny step of faith, following the line of the mountain to where the way home is supposed to be. Even when we can’t see the trail.