One Question for When You’re Finding Your Way

The gradual slipping away of the pine-lined path went unnoticed—by me anyway. We’d set off that morning, wanting to spend just a little more time on the trail and in the park before heading home from our week in Yellowstone. Situated along the way, the Gneiss Creek Trail would do well, we thought. It was new. It was short. It sounded inviting. 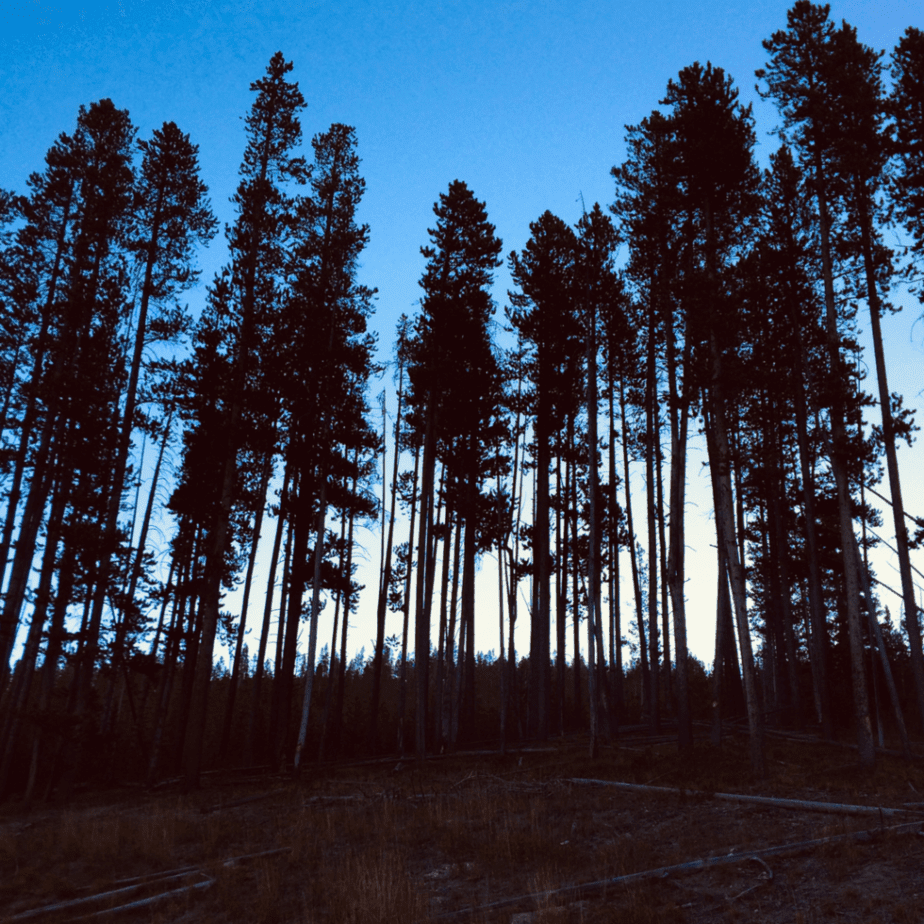 And it was, rising slowly through terrain that sang an unmistakable song of the west and stirred memories of Kevin Costner’s narrative segments from Dances with Wolves.

Emerging from thick, head-high lodgepole pines into a sudden clearing, I scanned the surrounding forest for the expected opening, the one that would tell us where to turn next, and saw only an evergreen wall. I surveyed the ground to see which direction the dirt path led and found nothing. I lifted my eyes and looked above the trees to where the gentle slope we’d been hiking ascended toward the peak. The trail was gone.

“Where do we go?” I asked my husband.

He had an answer, of course. He’d read the trail guide. He knew that this would happen, that the trail would disappear, that we were supposed to head left and walk among the trees until we reached the creek.

These trails—the ones that require you to set off into the wilderness without a well-worn way to guide you—are the tricky ones. Left to myself, I would never take them. I prefer the security of following an obvious path to finding a hidden way.

But these trails look more like the landscape of life than those trenched out by years of thousands of feet taking the same track. We may be running the same race of faith, but none of us is traveling the same terrain. There is one Way, but there is no one route. We’ve been given different gifts, different thorns, different callings. These lead us down paths as varied as the topography of creation itself. And while we’re finding our way, sometimes the road forks or fades or disappears altogether and we wonder where we’re supposed to go.

Over and over again, we set off into our day and deal with whatever comes our way. We have to discern where we’re supposed to go next. Occasionally, say, at the turn of the year, we make goals or declare resolutions and launch into a program of change or improvement. We decide where we want to go. These are normal and necessary things.

Sometimes, though, in the midst of the making and dealing, the declaring and launching, we forget to to look around and assess the terrain we’re traveling through.

The landscape changes. Whether it’s a slow fade from green pasture to dry desert or a sudden shift from still waters to stormy seas, we pass through complex topography. Today’s delights and accompanying difficulties mingle not only with the current season’s triumphs and trials but a lifetime of beauty and burdens.

So do our questions. When we’re finding our way, “Where do I go?” is important. It’s an obvious first question, one that often overshadows the more subtle, “Where am I?”

It’s the question that calls us to slow down and pause long enough to pay attention—to survey our surroundings, to scan the way ahead, to see which direction the path is headed, or if it’s visible at all. It’s the one that reminds us to take into account the landscape of our actual, everyday life—the one we live one difficult, delightful moment at a time, the one through which we are being transformed.

When we attend to the terrain we’re passing through, we might discover a few things. Like why we’ve been so prone to tears. Or why we don’t feel like we’re doing anything well. Why we don’t feel capable of One More Decision. Why we’re so weary.

In the slowing down, the pausing, the paying attention, we might recall something of grace. We might do more than simply acknowledge it. We might receive it and grant it to our fellow travelers, because we’ll remember. Everyone passes through trying terrain.

So here’s a question to ask any time, maybe especially during these still-early days of this new year: Where am I?