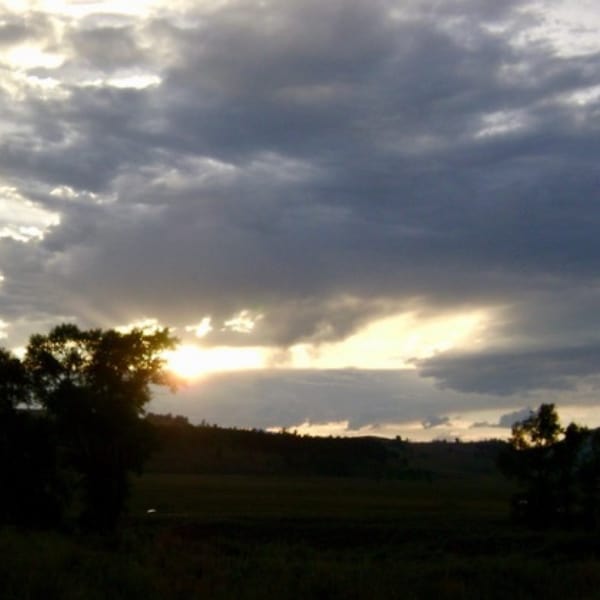 Dad and I were the last to check in. The arrival window for the nature writing class was from four to eight, and the sun hung low behind the distant mountains when we stepped out of the van and onto the gravel parking lot. We’d put it off as long as possible.

We’d been busy for three days—revisiting beloved sites, taking favorite hikes, and discovering new ones. It wasn’t until we stopped for huckleberry ice cream on the last leg of our journey that the first-day-of-school jitters set it, stirring up worry that maybe the best part of the week was over, that maybe taking a writing class in Yellowstone wasn’t such a good idea. And I was the teeniest bit serious when I suggested that next time maybe we should just skip the class and spend the week exploring instead.

Jitters or not, eventually we had to toward our class at the Lamar Buffalo Ranch, somewhere I’d never been. We checked in and received our instructions. There was the usual information—where to park, where to find our cabin, where to find the bathhouse–along with where and how to stow our food to secure it from wildlife.

In Yellowstone’s campgrounds and picnic areas, this would apply primarily to bears. At the ranch, it was rodents. The Yellowstone Association didn’t want mice in the cabins and they assumed–correctly–we wouldn’t want them moving into the van. 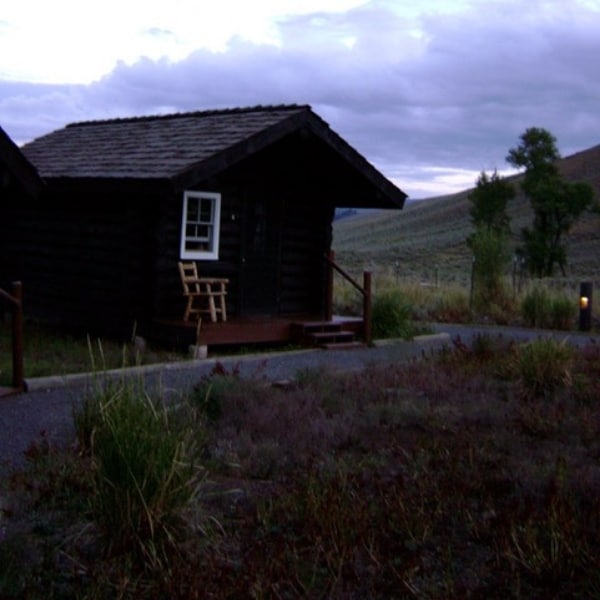 Pea gravel crunched under our feet as we carted our first load of gear toward our snug, three-bunk cabin. Nestled in the rolling hills of Yellowstone’s Lamar Valley, the ranch’s sky is big and open, unencumbered by the pervasive lodgepole pines that hide the horizon in much of the rest of the park. Late summer’s grasses swayed their frayed tips in a breeze that carried the pungent scent of sage. As we walked, a shaggy animal, big and brown, diverted my attention from the valley’s worn terrain and setting sun. It was a bison, and it didn’t me take long to realize it wasn’t alone.

A small herd was making its way through the valley, stopping here and there to graze among the cabin cul-de-sacs at the ranch. I felt as though I was standing in the middle of the set of Dances with Wolves. Momentarily mesmerized by the sage on the wind, the watercolors in the sky, and the bison drifting through the rugged, rolling landscape, my soul began to stir—to wake from its drowsy state. With Kevin Costner’s mellow narration and the movie’s sweeping soundtrack playing in my mind, I stood still, content in the presence of the bison passing between the cabins.I paused only for a moment before the music and the mellow narration disappeared, hurried off by a sound as harsh as the dragging of a needle across a record.

“You really,” it hissed, “ought to bring the rest of your stuff in.”

Tomorrow. My path had just intersected in the most picturesque way with a herd of half-ton wild animals. They were grazing their way through my temporary backyard, drifting past under a sunset sky and my response was to plan to watch it tomorrow? It was as though I believed that this was orchestrated, that it was a show that happened every night, that there would always be a another opportunity.

But at the same time, I don’t. Same time. Same place. Same opportunity. This is what I expect.

But this is not the way of bison. Or the soul. Or tomorrow.

I moved on. So did the bison. And they didn’t come back.

Teach us to number our days, prayed Moses in his psalm. Why? That we may get a heart of wisdom.

Wisdom pays attention. It lives not for the present but in it. And it understands tomorrow is a wisp, later is spoken for, tomorrow is never guaranteed, and “How long will you lie there, O sluggard? When will you arise from your sleep?” is a message that speaks not only to the lazy.

Sometimes it’s warning for the drowsy, distracted soul, the one that finds work more comfortable than play, the one that can’t find rest until everything is in its place, every item crossed off the list. Sleep takes a variety of forms and wakefulness is a discipline and a habit.

I had no deadline. The pressure to unload the van came from within. I could have stayed in that moment, but I didn’t because my habit is later. Unloading and unpacking could have waited. Bison, like stirring souls, do not. And it’s only when we’re willing to wake that we see wisdom’s illumination of the difference between what can wait and what will not.

Maybe I’m not alone in this tendency to put off till tomorrow what is in front of me today. Maybe you struggle with this, too. Maybe we can remember the way of wild bison, and respond with wide eyes, a wise mind, and an unfettered soul.

I hope what you read here today encouraged you in your desire to navigate the landscape of your life by faith. If you were, I invite you to subscribe here to receive monthly{ish} posts delivered directly to your inbox.

Waiting for Later is part 5 in a series about different aspects of waiting by faith. To read the others, click The Spiritual Discipline of Expecting Delays and Great Scenery, For When We Find Ourselves Waiting, Whether We Perceive It or Not, and Walking When You’d Rather Wait.

You just finished reading Waiting for Tomorrow. Consider leaving a comment to share a little about your own journey of waiting.