Overwhelm: A Bridge Toward Saner Living 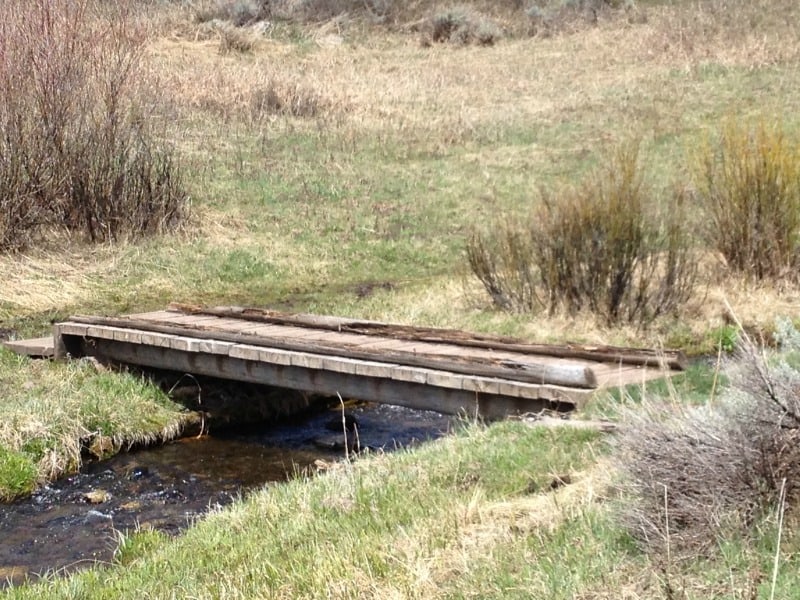 J and I took our first trip to Yellowstone together twenty-two springs ago. As we zipped down the interstate ahead of schedule in the middle of the afternoon, I realized we could make it to the park that night. We could cancel our along-the-way reservation, drive to the Old Faithful Inn, and wake up already there rather than still long hours away.

I calculated the miles and the time. I figured we’d pull into the Inn’s parking lot by ten.

What I didn’t do was reckon on a sleet-spitting storm and the sludge that passing semis threw over the windshield of our little red Plymouth Sundance. Or factor in the one hundred thirty-nine deer that crossed the highway on their way down to the Shoshone River. Or consider Yellowstone’s speed limits, which are 45 miles per hour at best.

And I didn’t know about the road.

It was ten p.m. when we crossed the park border. Still, we passed the gate and entered Yellowstone with a sense of euphoria. We’d made it. We were in the park. We still had sixty-five miles to go, but we’d be out of the vehicle and headed toward bed by midnight.

I drove past the sign onto a road that had been reduced to its dirt base. Obeying the speed limit was not simply a matter of compliance with the law. It was a matter of survival. Even at twenty-five, the car lurched and bounced, jarring our bones and rattling our brains. Twenty-five became more of a dream than a reality.

Between the nonexistent road, a mountain pass still blocked by winter’s snow, and the potholed highway that led to our destination, four more hours went by before we finally arrived, worn and weary at the Inn. In my optimism and desire to get to the park, I had made a gross miscalculation.

I do that in life sometimes.

I tally up the tasks and the time and figure I’ll be able to pull it off before the deadline. But I forget to factor in life’s squalls that throw sludge and limit what I can see and do. I don’t factor stopping for one hundred thirty-nine unexpected obstacles. I forget how fast I can—or can’t—go.

And I don’t always know about the road.

It isn’t the math, not the reckoning or the factoring or the considering. It’s a tendency toward optimistic and often delusional thinking, a belief that the little things don’t really add and the road will always be clear.  It was this delusional thinking that defined last fall.

I felt overwhelmed. And stuck. Every day.

And then, one day after a morning (morning!) nap, I realized I wasn’t as stuck as I felt. I had options. Not a lot of them, but enough to make life more manageable for the now and better for the next time this always-packed season came around. I postponed a self-imposed deadline and enlisted help for current projects and one that would come back around in a year.

Overwhelm, I saw, was not just an unwelcome companion on that leg of my life’s journey.  It was a bridge, a rickety one, between a land of delusion and one of saner living. Seeing it for what it was allowed me to be grateful, not just for the bridge but for the road that brought me there. Crossing it taught me a few things. Here they are, in print, so I can remember them and so I can share them with you, just in case you ever find yourself overwhelmed.

Six Ways to Use Overwhelm as a Bridge to Saner Living

And you?  Have you ever found yourself in need of a saner way of living? What did you do? I’d love to hear.